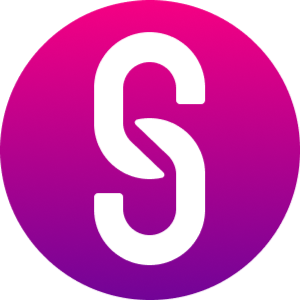 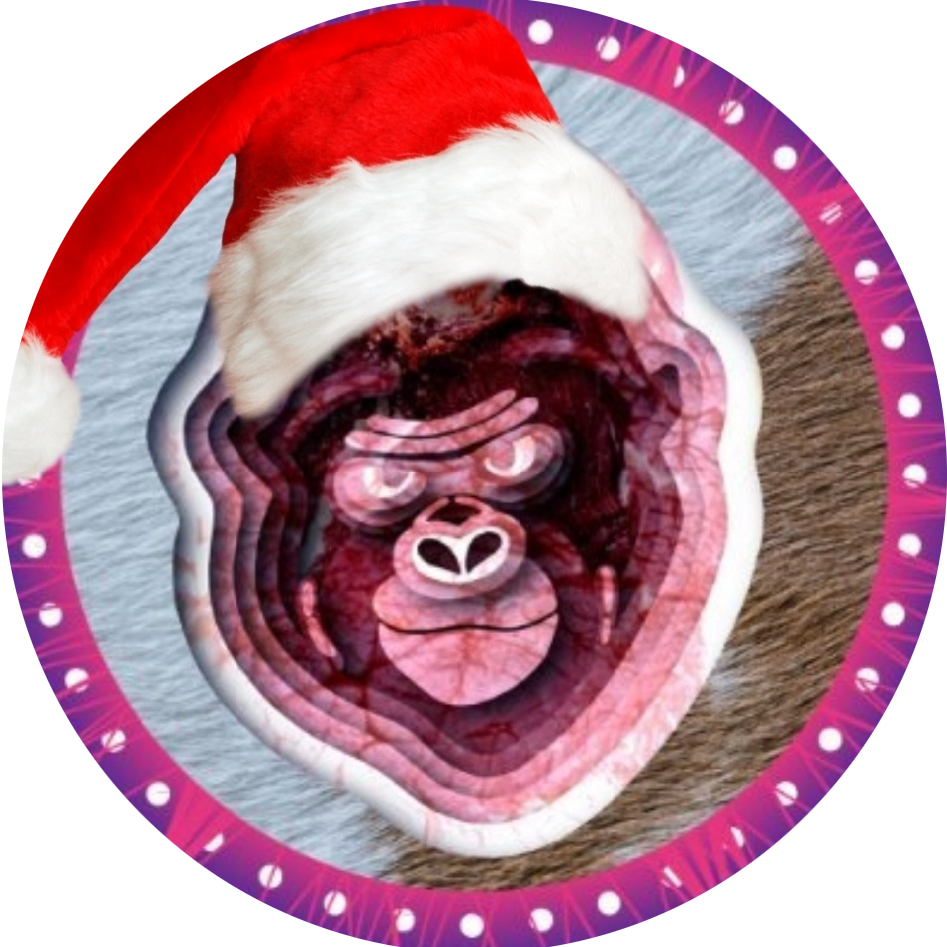 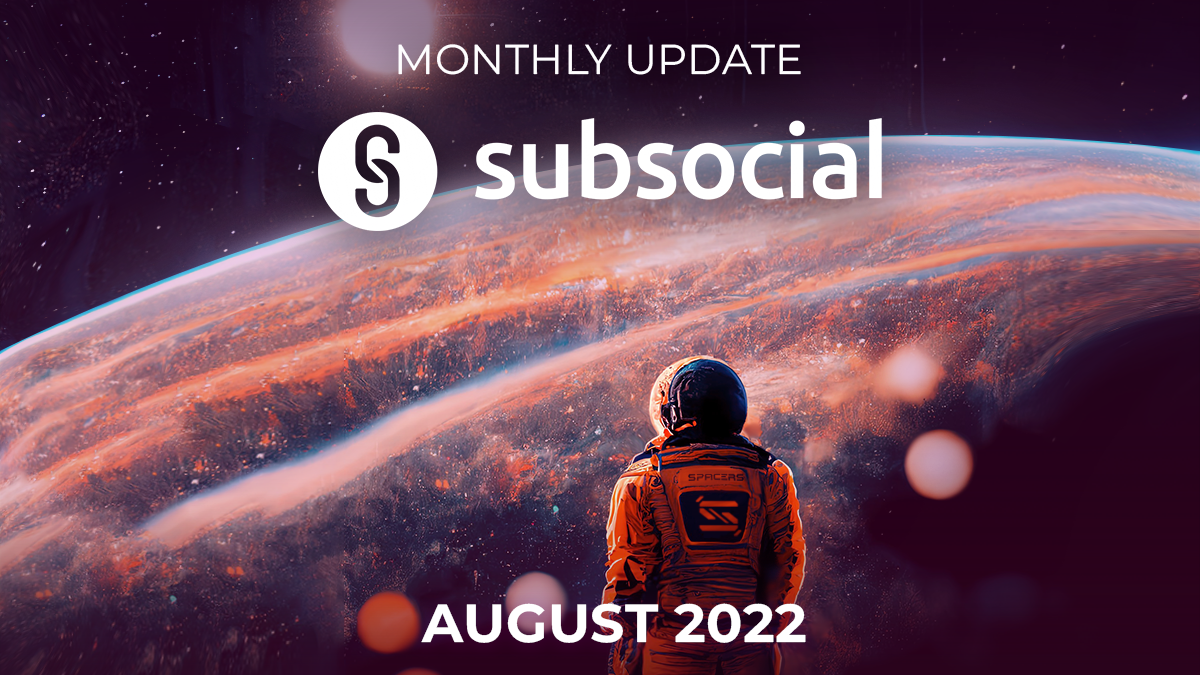 Despite having various pieces of news throughout August, the month brings to mind what we consider to be the motto for Web3: “Nothing, and then all at once.” The important developments of August all took place right at the end of the month, but we’re going to cover them all today, in a loose chronological order.

On August 1st, we added a new button that lets you toggle between our recently updated text editor and a markdown-friendly text editor to suit your preference!

Also, we added a sign-in modal that allows you to easily choose whether you want to connect to our web app with Polkadot.js, Talisman, or SubWallet. 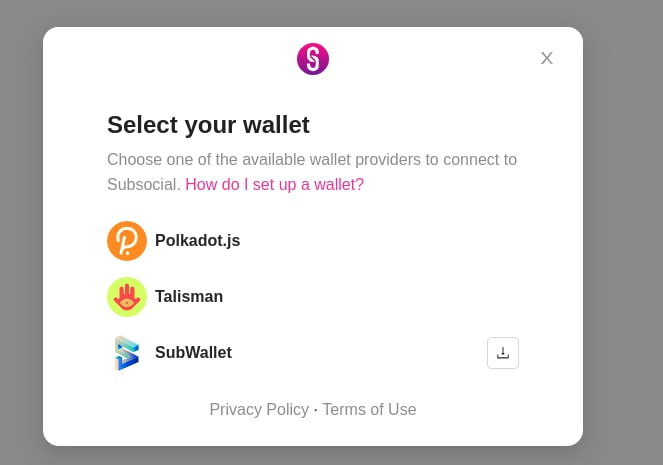 On August 4th we set up a page on Crowdin to allow community members to easily assist with translations for Sub.ID. Since then, translations have been added in Ukrainian, French, and Portuguese! 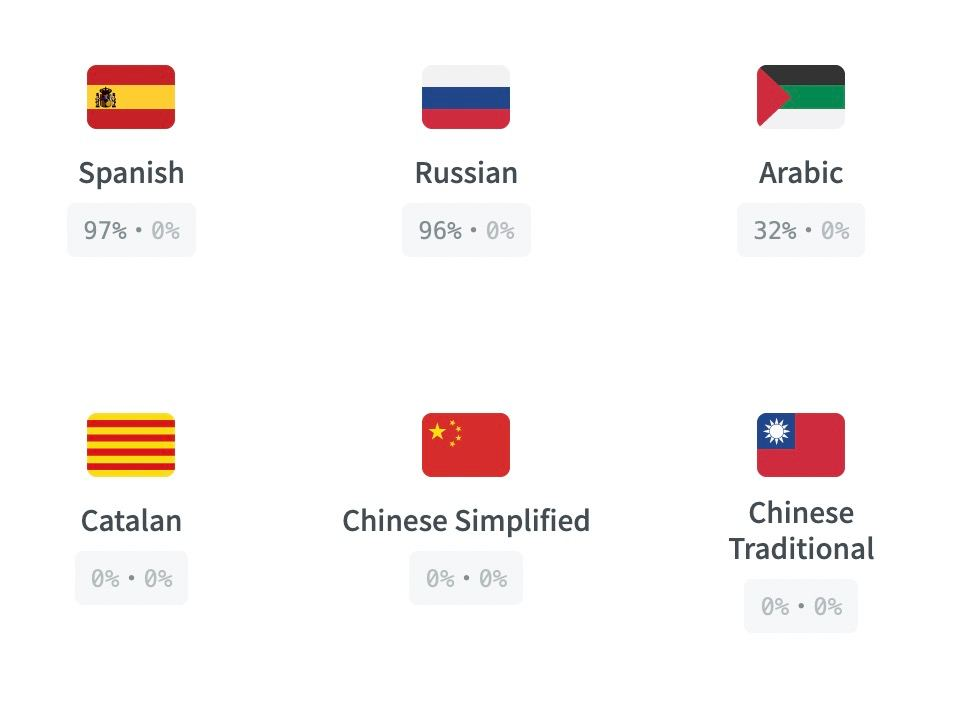 On August 18th, the team enabled support for banner NFTs on Sub.ID, for owners of Subsocial SubBanners. In the future, more options will be added. A short video was also released showing how to select a banner for your Sub.ID profile.

The morning of August 29th saw Subsocial winning a parachain slot auction for leases 25–31, extending our lease until August 20th, 2023! The development team of Subsocial put up 1,001 KSM to bid for the slot and won without any competition.

Nevertheless, we are having some discussions about moving to Polkadot.

During August, Subsocial went from being a dual chain system to just a single chain. Previously, social actions happened on our a solochain, and tokens and financial activities happened on our parachain. However, that changed last month, due to our development team migrating some pallets (which are building blocks used to build Substrate blockchains) and all of our user data from Subsocial’s solochain to its parachain. The pallet migration took place on August 9th, and on August 31st, we successfully migrated all user data to the parachain, and fully connected our web app to the parachain. This migration will allow us to take full advantage of the unique selling points offered by parachains, such as inclusion in the XCM network present on Kusama, allowing us to collaborate with other teams to build awesome new features.

Packed as part of the migration, the long awaited energy system was released on the blockchain, with an accompanying UI called the Energy Station that allows users to burn SUB to create energy. Transactions made with energy are much more efficient and feature lower fees than transactions that use SUB tokens. Be sure to check out the FAQ on the Energy Station page to learn more about how it works.

To round out the month, we released a video teasing the upcoming Spacers NFT collection. This will be the most advanced RMRK 2.0 collection so far… We will be releasing more info in the coming weeks.

That’s it for August, next up is collator staking!