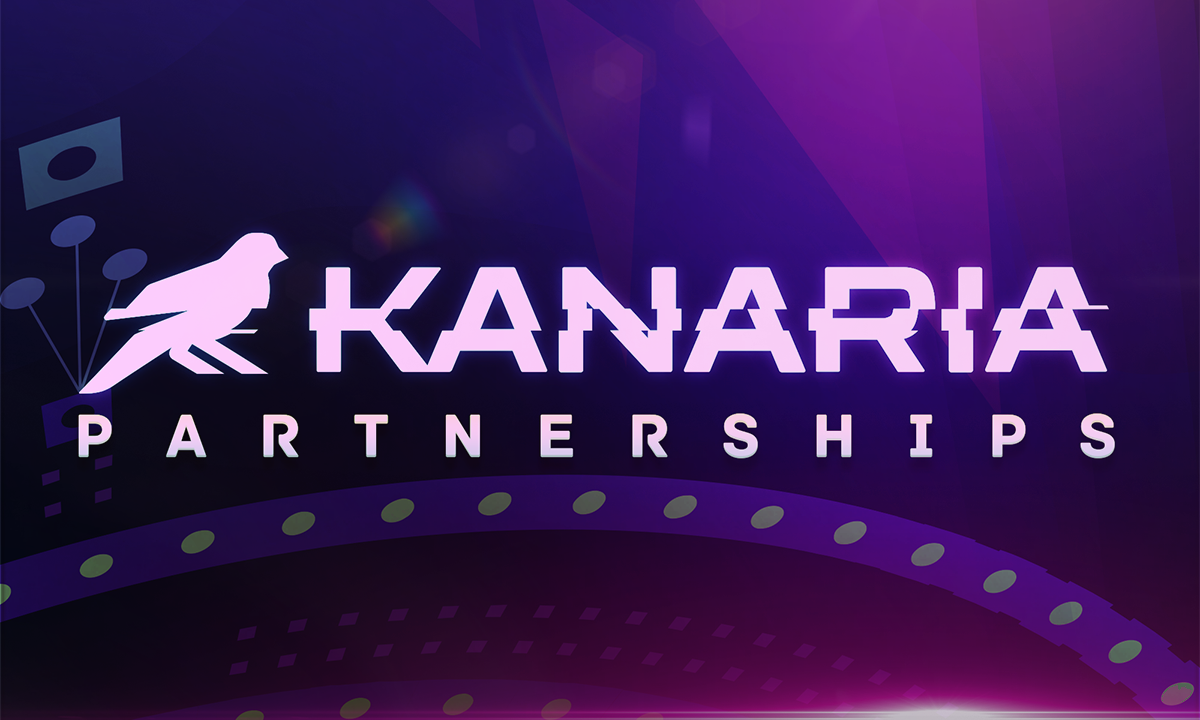 During our egg-sale, we partnered with many parachain projects in the space to augment their crowdloan experience and expand our userbase. We also partnered up with other projects subsequently, purely to demonstrate what RMRK can do. This is the up-to-date state of these partnerships.

Phala Network gave gems to their crowdloan participants. We then allowed everyone to migrate the gems into equippable Kanaria glasses.

The full process is documented here. Source of partnership here.

Everyone who bought a Kanaria bird through Unique's referral link got a "Unique ref bird".

The reward for users, once this reward has launched, not sooner is:

Using up a "voucher" combo does not mean the chelo or bird are burned in any way. It just means that neither the bird nor the chelo can be reused in any other voucher combination with another bird or chelo.

The art is done, but we're pending development of a bridge which would allow people to migrate Chelobricks over to Kusama's RMRK.

Everyone who bought a Kanaria bird through the Promoteam link in a specific time window got a special Kanaria item: a parachan trophy (see post above).

Everyone who bought a Kanaria bird through a referral link would be given a special equippable item for the bird.

The fancy crystal balls have shipped.

The balls have been sent into bird inventories directly, and since it's not possible to spam someone else's NFT with other arbitrary NFTs without them accepting these, you will need to ACCEPT this pending item. There is no time limit. It will remain in limbo forever if you don't. 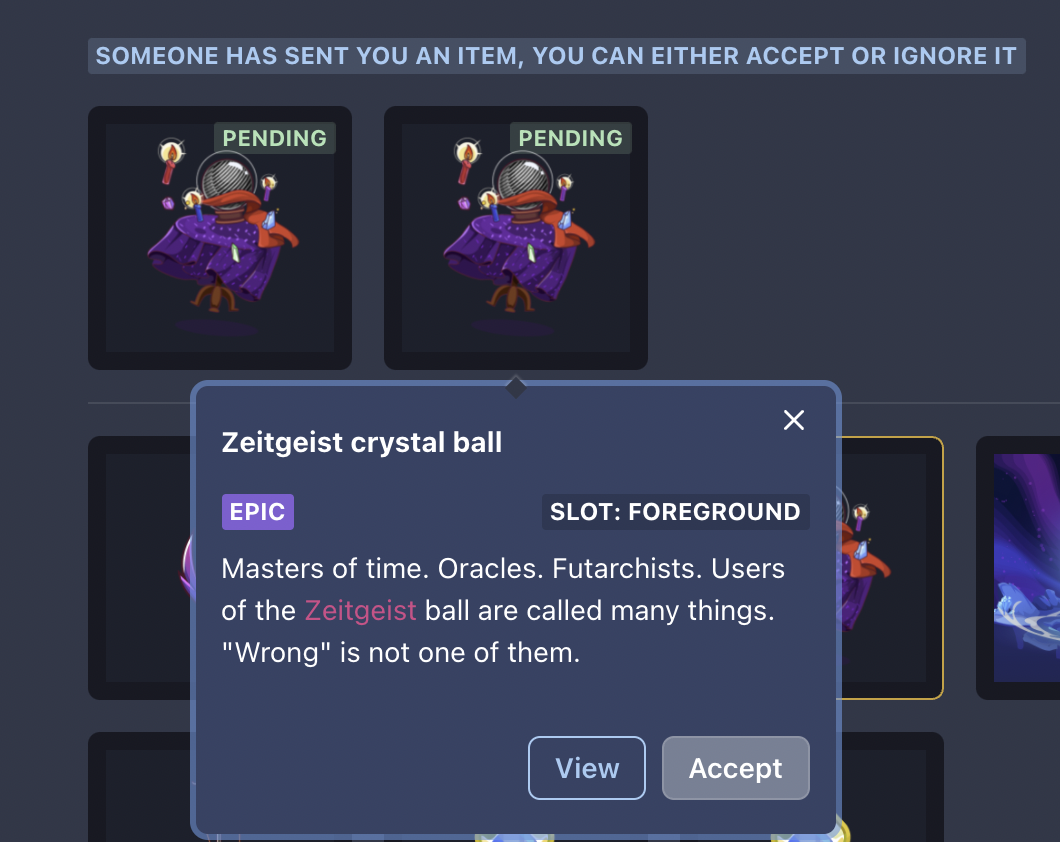 Everyone who bought a Kanaria bird through the Unifty referral link would be given a fabulous Unicorn horn for their Kanaria bird.

This has been minted and sent out to all Unifty bird holders.

Of the birds purchased via Bifrost's referral link, two were picked to become Huginn and Muninn. These are extremely rate. They are bird 436 and bird 9997. 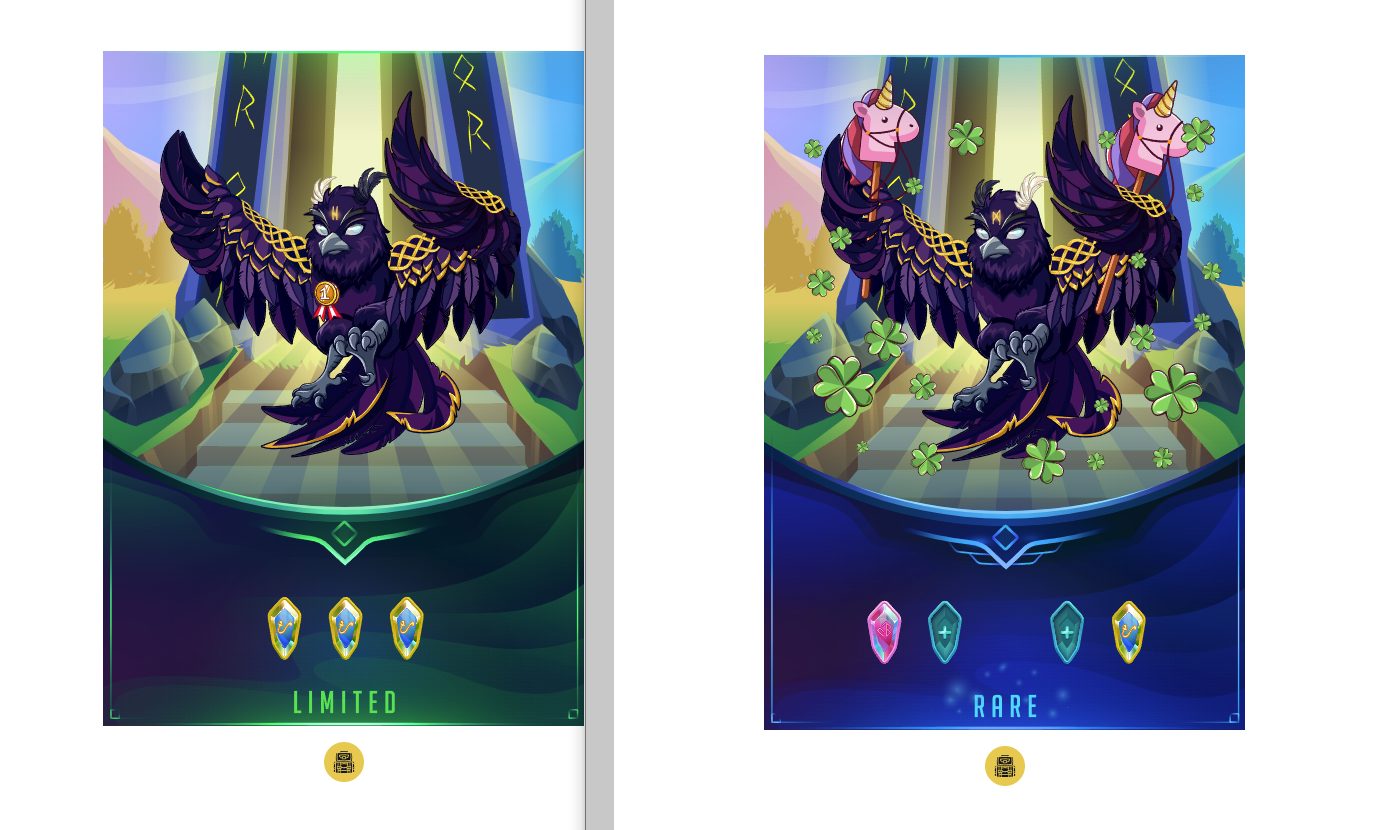 Additionally, Bifrost kept a list of crowdloan participants who loaned more than 10 KSM. All these participants were given the Bifrost Background, one of two editions: 1, 2.

The first 8478 users who participated in their crowdloan would be given a special equippable item for Kanaria, a Halo "backpack" item. Those who also bought a bird through the Acala ref code get an additional NFT which is meant to work in tandem with the Halo - a Demon mask.

Distribution was done when the channel between Karura and Statemine was opened and the listing of RMRK on Karura's DEX was announced in this post.

Everyone who bought a Kanaria bird through a referral link and participated in the Bit.country crowdloan would be given a special equippable item for the bird.

We are waiting for Bit.country's team to decide on the item before we can have our artists draw it.

Everyone who participated in their crowdloan would be given a special equippable item for Kanaria: a mystical cape.

The first 1500 users who contributed a certain amount of KSM to Altair's crowdloan get an NFT that's equippable on Kanaria.

The top 333 contributors get a rarer, special NFT that's compatible with Kanaria, and will bring special bonuses to the wearer.

Polkawarriors (and the IllusonistGroup behind this organization) have hand-picked AMA participants from a Twitter Space they organized and gifted them Spartan Helmet equippables. 20 of these exist. They were dropped directly into recipient main inventories, no need to hold the Kanaria bird.

Club721 is an elite club of NFT fans, currently focused on the Ethereum ecosystem.

As part of an AMA, all holders of the Club721 membership NFT had the right to claim an NFT that would be equippable in the background of Kanaria birds, but also would look good standing on its own.

An additional raffle was held for all who joined the AMA and did not have the NFT, and 300 of those members were rewarded too.

Robonomics promised an NFT for the top 500 contributors to their crowdloan. The item is a jetpack with "doc ock" arms, in true robo theme!

Similar to Unique Network partnership, the popular Moonsama project on Moonriver will be getting cross-project equippable Baghunter rifles. The art for both sides is done, we are just busy building the contracts and bridge now.