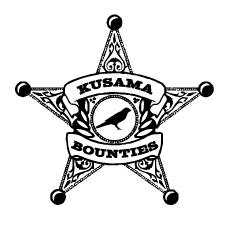 In order to comment on or react to this post you will need some tokens on Subsocial network. See the faucet to get some.

This bounty would fund editorial work and content-creation on the DotLeap.com platform and was previously discussed as one of the first use cases for the new Bounties functionality.

In the context of Web3 from the Polkadot angle, there are many educational resources out there focusing on Substrate and low-level chain development. While this is useful and well documented, I believe that we are ignoring a significant and incredibly valuable part of the developer populace: the web developers, and Ethereum developers. This is especially concerning when we consider the initial number of parachain slots to be opened up - very few builders will actually get to deploy exactly what they want (a parachain).

In essence, I see three levels of users on the path to mass adoption of Substrate-based chains, each depending on the success of the previous:

We cannot go to Level 2 and achieve mass adoption if all our efforts are focused on Level 0.

Additionally, almost all current UI/UX materials focus on ReactJS which I believe is not only overrepresented to the point of a monopoly, but also unnecessarily bloated and slow. It is also manufactured by a comically evil megacorporation which I do not wish to support.

DotLeap.com is an educational website with tutorials focusing on developer experience (DX) in the transition from Web2 to Web3 through materials specifically developed to target non-ReactJS tech stacks and to be newbie friendly with little to no prior knowledge.

Specifically, DotLeap.com wants to cater to Level 1, including but not limited to:

An initial set of tutorials has been published and are currently being updated.

This bounty seeks to incentivize participation of third parties in contributing tutorials to the DotLeap.com website. In this first round, the guest authors would be paid ~5 KSM per tutorial, depending on the topic, complexity, and editorial work required. The curator would thoroughly edit, code-test, and collaborate on any submitted articles, hence the 10% fee, given that DotLeap.com (the website) is not a W3F project and happens on the curator's own time.

The curator's plan is as follows:

The planned end result after the estimated duration of 2-3 months is:

A space to discuss and put forth Kusama Bounty proposals