Community update #3 - All hands on deck 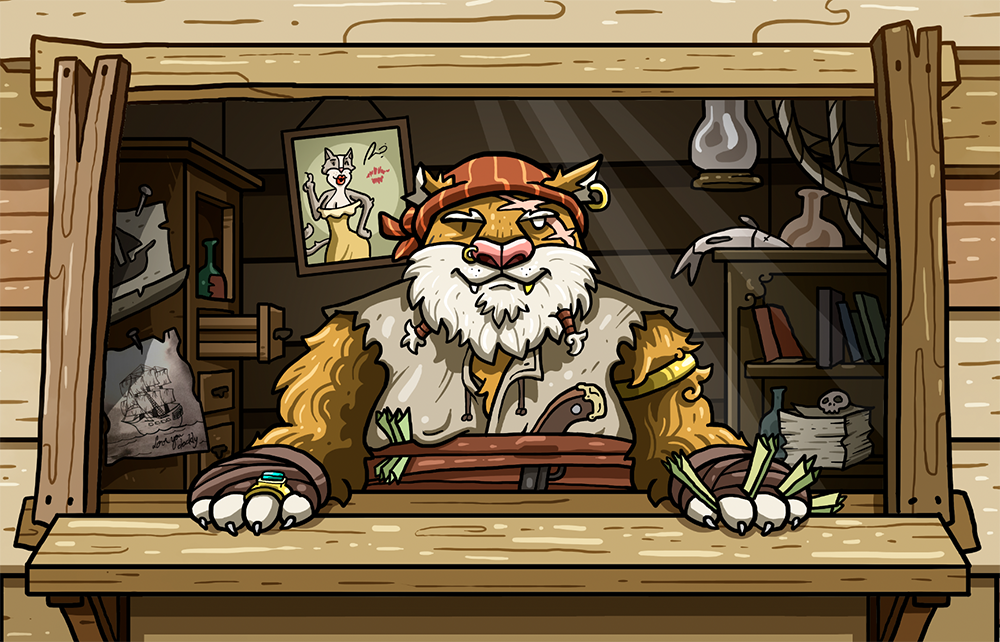 All hands on deck

It’s been just over 3 weeks since v1 of the game went live and the team are simply amazed at the amount of people playing and the amount of time they are spending on the high seas.

Alas, it hasn't all been smooth sailing!

First and foremost, I want to thank everyone in the community who has been so positive about the game. We launched the basic version to get feedback, to help us iterate and make changes before the 'final' product (“progress over perfection” - jRock).

The main feedback was as follows:

The custom random engine we designed was great at being provable and mostly on-chain but the tradeoff for this is the limited throughput and only allowing single transactions per block. The current block speeds mean that single purchases slow down the ability to play drastically, and what is designed as a mostly idle game (with a little planning time) is more time consuming than expected.

In V2 we’ll move the random engine entirely off-chain, however it is provable on-chain (to make sure we aren’t cheating you or for ourselves). This will allow us to enable multiple voyage buys and claims, drastically reducing the number of clicks and gas for those with several pirates.

In certain circumstances, such as “finish” we can’t offer an all option due to the amount of gas needed within the contract, we will however push this to the absolute limit and allow you to finish as many voyages at once as technically possible.

If your high skill pirate is too drunk to successfully complete the first interaction, well there's not a lot we can do about that!

Buying multiple voyages in the same block would have resulted in identical voyages on the previous engine, but with the new engine they will be different, so you will be able to purchase voyages in bulk up to a limit.

When launching voyages, our talented UI/UX team has worked tirelessly to find a way to launch multiple voyages at once while preserving the experience and the feeling of playing a game/being part of the DPS world. We’ve settled on allowing players to plan and launch three voyages at a time.

To streamline the voyage planning process, we'll add filters to sort through your pirates, flagships and voyages. This will be especially useful for those with large fleets / who like to mint a lot of voyages at once.

All the above should reduce the number of clicks and transaction costs. We’ve also implemented the option to purchase multiples of an item wherever possible throughout the rest of the game.

More settings and options, the RNG-engine re-write and the changes to the number of transactions have all been added to the original contracts. This has meant substantial re-writes and the developers have been working non-stop since v1 release to get them ready.

We are now in the final stages of preparing the contracts for deployment and testing should begin next week.

The UI/UX team have also been working on the project for 6 weeks now and the high-fidelity designs are almost complete. A select number of users have been helping them by testing and providing feedback on the new design. It’s almost complete and we've already started building the V2 of the website based on their designs.

You’ll also get to meet a host of new characters.

What functionality will be included at launch?

Sprites have been created for the original Pirates free of charge. These will be available to download in spritesheet or GIF form shortly. They were created for a proof of concept,can we take high fidelity art and turn it into something that could be integrated with other games and projects in future. They were designed to work in WEB3 and based on the Sprites from the Forgotten Runes Wizard Cult. These are two metaverse projects we would love to integrate with in future (nothing has been discussed as of yet.)

We are super happy with the pixel art and that means that if projects with other art-styles such as Skybreach approach us we can convert and provide an accurate representation of your NFT. If you download asperite you can work with these Sprites to make miniature animations of your own.

The launch of v2 concludes the main launch objectives of the project. An on-chain idle style game with a functioning in-game economy. There are more objectives we want to achieve in the short term:

From there the team needs to formalise plans for the specific long term goals, many are laid out in broad strokes but specifics on funding and implementation need to be decided.